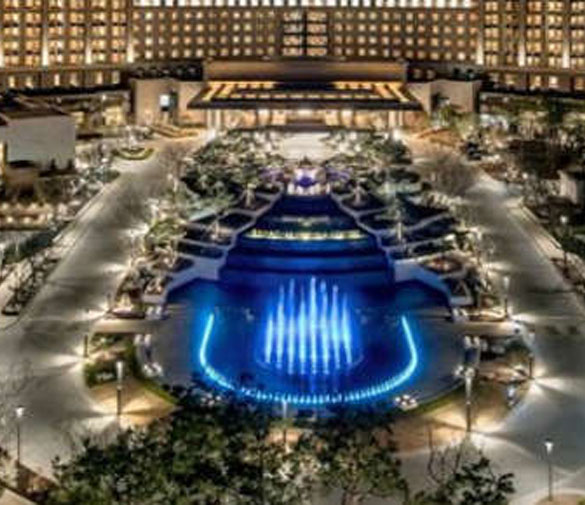 Sega is interested in building the first of the three Integrated Resorts in Japan and is looking for a permit from Osaka’s authorities and Japan’s national government.

Sega’s Plans for Japan’s IR Remain Determined
The interest in the future Japanese Integrate Resort (IR) is not subsiding in the slightest and Sega Sammy Holdings Inc believes that the company has a very good claim to enter the project.

Assessing its South Korean bid, Sega now believes to be in a good position to move in on Japan’s upcoming large-scale project described as an “unprecedented” long-term opportunity for investors. Sega is a company that develops a number of pachinko machines and casino games that constitute the bulk of its portfolio.

The company feels particularly confident in its IR prospects as a recent earnings call has revealed earlier in March 31, 2019. According to Sega, the company is the only Japanese entity interested in creating a grand plan for the casino that features the casino operations. It’s this “native” affiliation Sega carries that gives it a significant advantage in any future dealings with the IR, the company’s management estimates.

Meanwhile, the first Integrated Resort project (out of three permissible on the territory of Japan) will need to be completed by 2025 to coincide with the World Expo. This time-frame would require surgical precision believes MGM boss Jim Murren.

Two more projects will follow later. So far, Osaka has shaped itself as the prefecture that will host the first of the super-projects. the Japanese national government will also need to give its approval while the list of applicants has been revealed.

Sega Pushes for a Seat at the Main Table in the IR
Sega is interested in being one of the licensees for the Integrated Resort project, says Chairman and Executive Director at the company Hajime Satomi. Meanwhile, Sega has an ongoing and fruitful partnership with Paradise Co Ltd in South Korea.

Sega is not really planning to go it alone either. In Mr. Satomi’s account, the company’s prepared to work with an overseas operator if that would help the company secure a permit to design the project:

We are currently working on efforts to form a consortium by increasing the number of companies who endorse our policy described above for submitting a request for proposal in the region. Depending on the situation, we may also partner with operators based overseas.

At the same time, the company is trying to streamline its own corporate and financial structure that would allow it to take a more active role in the domestic gaming market. The company has added JPY300 billion in cash and deposits.

Sega has acknowledge that the company has a lot of expenses to cover as it is also a supplier of iGaming and land-based casinos. The company would potentially need as much as US$12 billion to build a fully-fledged integrate resort which would definitely require a lot of landing from investors.