Editorial: Want to Drive Away Players? Continue with Re-Entry Tournaments 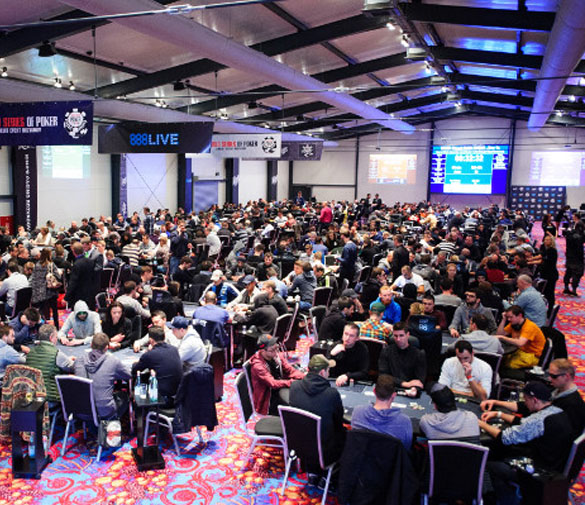 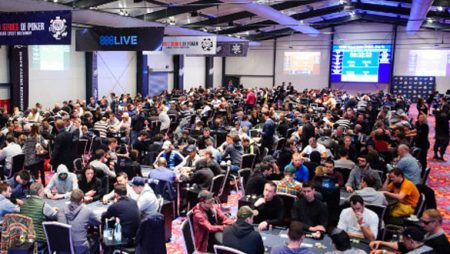 There’s very little that can harm the game of poker. A bloody U. S. Civil War? Nope, both sides saw their combatants pass time between skirmishes by playing the game. Shuttling it off to seedy casinos and back alley poker rooms? Nope, just adds to the mystery and the charm of the game. Have massive malfeasance where an online poker room literally allows players to see the other players’ cards and strip them of millions of dollars? Nope, online poker just gets bigger.

But there are storm clouds building for tournament poker. As we get ready to enter the third decade of the 21st century, there’s a couple of new phenomena that have come about that, while looking good on paper, should be reason for concern. The Big Blind Ante tournament is problematic, but the Re-Entry tournament may be the thing that drives the players away.

In April, I was looking at the schedule for the Seminole Hard Rock Poker Showdown at the Seminole Hard Rock Hotel and Casino in Hollywood, FL, and I was a bit dismayed. Every tournament on the schedule not only utilized the “Big Blind Ante” format but also featured unlimited re-entry into the event until, in some cases, the start of Day 2. While there are pros and cons to these tournaments, do they have to be EVERY event?

The Big Blind Ante tournament is a recent change that has come to the game that seems to have literally swept across all poker rooms. The theory is sound – instead of each player paying an ante (and slowing the game down), the Big Blind pays the ante for the entirety of the table along with their Big Blind, with that cost usually being the same as their Big Blind stake. But while this may seem to simply be an insignificant change, it does make a big difference in the play of the game.

First, there is a change to the strategy that a player takes into the game. Not having to pay an ante each hand means that players (in theory) don’t have a stake in the hand and can therefore play a little more conservatively. That changes, however, when the player is in the Big Blind and basically must pay a double Big Blind. It encourages more defense of the Big Blind because, although it isn’t voluntarily putting the chips in the pot, people are more apt to want to defend their money in the kitty already.

These changes may be foreign to older players. For those that became set with the “old” system – each hand, put your ante in – they must get out of their formulaic play that they’ve been used to playing. But the problem then becomes that, if every tournament being offered is a “Big Blind Ante” event, does it drive them away from playing in these tournaments?

Pros and Cons of Re-Entry Tournaments

I have long railed against the aberration that is the rebuy tournament. Those events – created by Tournament Director par excellence Matt Savage (and even he says he regrets creating them) – allowed players to buy into a tournament as many times as they desired. This would allow for those with deeper pockets – such as Daniel Negreanu’s infamous 48 rebuys during a World Series of Poker tournament in 2006 (one that eventually forced the WSOP to abandon rebuy events) – to basically buy tournament championships. A more recent example was Ali Imsirovic’s buying of a WSOP Circuit championship after re-entering the event SEVEN times (at $2000 a pop) in their version of a “high roller” tournament.

Tournament poker is supposed to be the most egalitarian of games. People put up their money, everyone is equal and, if the fortunes aren’t with them that day, they are eliminated without a chance to get back in. The re-entry tournament, however, violates every one of these tenets.

The re-entry event, in theory, could make a player have to beat an opponent two, three or even more times before that person decides (or can’t) buy back in (and let’s not get into the ridiculousness that knocking a person out four times only to have them come back and beat you once is). Then there’s the fact that most players DON’T HAVE three, four, or five buy-ins to shoot at a tournament. If they only have one shot at success where everyone else has multiple tries, why would anyone want to play in the event?

Why Does it Have to Be All or Nothing?

Unfortunately, poker players have lemming-like tendencies that see them follow anything if the money is there. Instead of standing up to some of these changes, players seem to be willing to blindly follow things like the re-entry tournament or the “Big Blind Ante” because the casinos put “guarantees” on events that make players chase the dragon. But why do casinos have to do the “all or nothing” approach – make all the events on the tournament schedule one style or another?

The L. A. Poker Classic was a demonstration of the re-entry fallacy. The $10,000 Championship Event (a staple on the WPT) was a throwback to the “old style” of tournaments – one entry, big buy in and a guaranteed prize pool (there was a Big Blind Ante, but that’s a horse that may have already left the barn). 546 players came out for the tournament and it is proof that you don’t need unlimited re-entry or other gimmicks to falsely inflate your tournaments.

We don’t need to completely go back to the way things were, as it looks like the Big Blind Ante is here to stay. But casinos, tournament organizations and the players need to examine the re-entry issue and see if it is pushing players away from tournaments. I often laugh when the WPT or an online poker room offer ONE entry into one of the “big” tournaments because the reality is that player is going in with one arm tied behind their back in the factor that they can’t (more than likely) re-enter the tournament should they get hit with a bad beat. Let’s see the re-entry fad go the same way as the rebuy tournaments. And, if we can’t completely eradicate it, then let’s see some events where the “freezeout” is once again employed. I would think that these tournaments, if offered, would prove to be more popular than the re-entry tournaments – and then the casinos would have to think about how they’re going about business.