WSOP Event Little One For One Drop Raises $693k For Charity 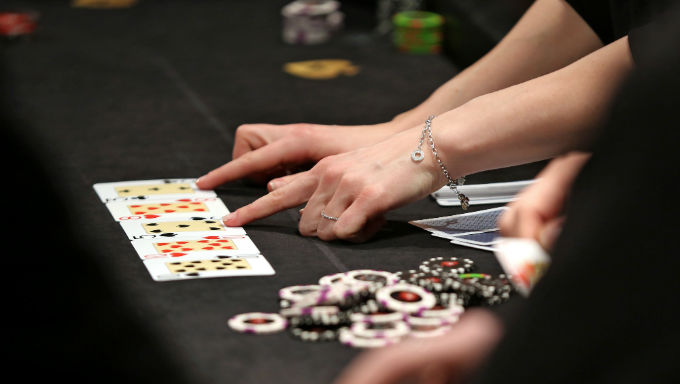 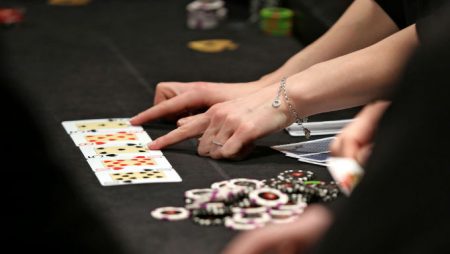 As the field in the second biggest World Series of Poker Main Event in history worked its way down to a final table and 1,286 of the 8,569 players collected some form of prize-money amongst the 14 day slog, many of the beaten and downtrodden took another throw of the WSOP dice by entering event #75 of the series, the $1,000 (+$111) Little One for One Drop.

Paying $111 above the $1,000 entry gave players and additional 20,000 in starting chips and those funds were immediately donated to OneDrop organisation which works to provide safe drinking water to many of the world’s poorest countries and people.

That was slightly more than the $690,686 the eventual winner, James Anderson, collected for winning the event.

The American winner was claiming his first WSOP bracelet but this was his seventh cash at the 2019 series and his profile shows he now has in excess of $2 million in lifetime tournament cashes.

Amongst a long drawn-out final table which took 280 hands to crown a winner, Brazil’s Fernando Karam, who finished runner-up, deserves a special mention.

He was dominant throughout much of the final day but a runner-runner flush with all his opponent’s chips in the pot cost him the title and chip lead which he never regained.

Limited Entry
The $3,000 Limit Hold’em 6-Handed (event #77) was nowhere near as popular drawing just 193 entries amongst claims of “a cheap bracelet”.

The tournament gave us another female winner with Canadian Tu ‘Stephanie’ Dao taking the £133,189 prize which complimented the $52,007 she won for finishing fourth in $1,000/$10,000 Ladies No-Limit Hold’em two weeks beforehand.

Tang’s the Man
A late addition to the 2019 WSOP schedule was the $50,000 Final Fifty High Roller No Limit Hold’em.

Labelled event #90 but sandwiched between events 77 and 78, it garnered 123 entries, generating a prize-pool of $5,904,000. The field was actually made-up of just 71 players which underlines the number of re-entries high-rolling players are happy to take.

The winner was Danny Tang who resides in Macau, was born in the UK and has dual UK/Hong Kong nationality.

Sam Soverel would take home the $994,072 second-place prize adding it to the $640,924 he earned in finishing third in the opening high roller, event #5, during the end of May.

Several Firsts for Klostermeier
There was a near miss for Ireland and a third bracelet for Germany in event #78, the $1,500 Pot-Limit Omaha Bounty.

The victor, 23-year-old Maximilian Klostermeier, who lives in Denmark, was not only making his first visit to the series but his first ever trip to Vegas!

Some trip it proved to be too with the newcomer overcoming self-confessed inexperience in Omaha to scoop $177,823 in his fourth ever WSOP tournament.

The runner-up now has 14 WSOP career cashes of which 12 have come in Omaha tournaments.

London to France
671 players stumped up the $3,000 required to play event #79, another No-Limit Hold’em contest.

It gave France their third bracelet and another $380,090 in winnings. The victor was 25-year-old Ivan Deyra, yet another Frenchman who claims to be a resident of London, England.

He took the deciding pot holding a house of Kings while his opponent, American David Gonzalez, moved all-in on the river with thin-air.

In mitigation he was thin on chips at the time and Ivan Deyra had had a commanding chip lead from the moment the action went five-handed.

In a truly dominant display, the 24-year-old from Gothenburg eliminated five of the last six players to collect a $304,793 prize.

Finishing third was Adam Demersseman who, on being eliminated declared to the final two players: “Now is the time to tell you guys that this was my first PLO tournament ever!”

Second Time Bracelet Chasers
Despite having just 185 players, event #81 of the WSOP could easily be described as the toughest of all tournaments, as it was restricted to previous bracelet winners.

Amongst the final six players runner-up Michael Gagliano was also a once only previous WSOP bracelet winner as were third-placed Tommy Nguyen, Brett Apter, Kevin Gerhart and Andreas Klatt who rounded out the top six places.

The final table involved two players from India – Kalyan Cheekuri and Kunal Punjwani – which was a rarity and so were the chip stacks which featured a leader with $26 million (Freek Scholten from Holland) and shortest stack which was only just shy of $10 million.

Big blinds and antes allied to shallow stacks made for an action-packed final table and within 100 hands just three players remained.

Amongst those was two-time bracelet winner and WSOP veteran Barry Shulman who was hyper aggressive but eventually ran his short stack and A-7 into Freak Scholten’s pocket 10’s.

But, for a third time in this year’s series, Aces were victorious in a deciding hand and they belonged to American Tom Koral who was winning his second bracelet and a $530,164 prize.

Wait Continues For Negreanu
In attracting 99 entries the $100,000 No-Limit Hold’em High Roller (event #83) was down by six compared to the 2018 renewal of this competition.

It still generated a $2.79 million winner’s prize which went to American Keith Tilston.

This was Tilson’s first WSOP bracelet win and only his second ever visit to a final table. Remarkably his previous final table appearance came just days beforehand in the $50,000 Final Fifty High Roller where he finished sixth.

Runner-up Daniel Negreanu, who held a two-to-one chip lead at one point during heads-up play, was one of six players to buy-in to the tournament at the start of Day 2 (none of the other five finished within a top-15 prize paying position) and he was rewarded with a clear profit of $1.62 million.

The Canadian’s wait for bracelet No. 7 now stretches back to 2013 and in the interim he has finished second or third in a WSOP Vegas event an amazing eight times.