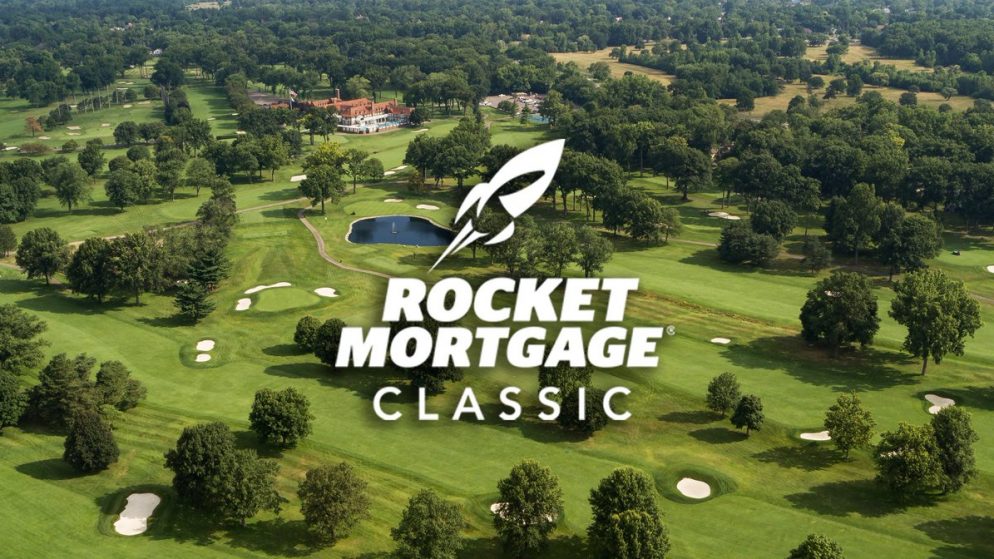 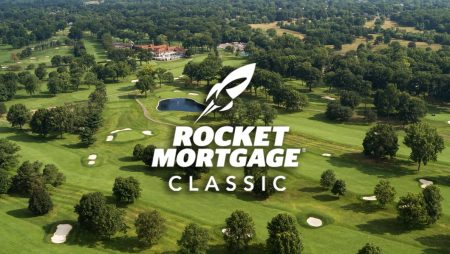 The first-ever Rocket Mortgage Classic takes place this week, replacing the Quicken Loans National. Golfers like Dustin Johnson and Gary Woodland will face the test of Detroit Golf Club, or DGC, a course that is hosting their first professional tournament.

Designed by Donald Ross, DGC is a Par 72 course that runs 7,334 yards. Golfers will have to overcome dense trees that line most of the fairways, as well as a substantial amount of sand traps littered around the course. Hitting fairways off the tee and avoiding bunkers will obviously be paramount this week, especially with soft greens that aren’t nearly as challenging as other courses in recent weeks.

With all that being said, here are the golfers to watch this week, starting with the favorites and ending with a couple of lesser-known sleepers.

The Favorite
Dustin Johnson – 6/1
The world’s second-ranked golfer is naturally the favorite in Detroit. Johnson’s tee-to-green game is elite, ranking third on the PGA Tour. The only question with DJ comes with his recent form, where his last two starts resulted in a T20 in Canada and a T35 at Pebble Beach. But in a weaker field and on an easier course, don’t sleep on Johnson to return back to the top of the leaderboard.

Big Names
Rickie Fowler – 10/1
Fowler has struggled with putting together four straight days of good golf. The inconsistency has kept him from legitimately contending since finishing T2 at the Honda Classic in early March. However, he has had success at courses designed by Donald Ross, finishing in the top-ten at Eastlake and Aronimink. Maybe this is the week he puts together four strong rounds.

Gary Woodland – 12/1
The U.S. Open champion has been enjoying life since winning his first career major at Pebble Beach. Woodland now returns to competition playing better than he ever has, and that extends well beyond his major win. The 35-year-old leads the Tour in ball-striking and ranks third in putting: birdies-or-better and par-5 scoring. We’ll see if he can keep it rolling in Detroit.

Hideki Matsuyama – 16/1
Matsuyama’s accurate, precision-based game should suit him well this week. He has proven successful at Donald Ross courses like Fowler, putting together three top-five finishes at East Lake and Sedgefield. In addition, he’s top-20 on the Tour in SG: around-the-green and putting: birdies-or-better, and has finished in the top-25 in each of his last four starts. All signs point to Matsuyama contending at DGC.

Sleepers
Ryan Moore – 30/1
Moore is another golfer who excels on the Donald Ross courses, with a win at Sedgefield and a second place finish at East Lake under his belt. His tee-to-green last week at TPC River Highlands was strong, and he ranks fifth on Tour in driving accuracy. Moore’s biggest issue is with putting, but if he can improve even a little bit, he has all the makings of someone who can succeed.

Kevin Streelman – 40/1
Streelman does a little bit of everything well. While not dominant in any particular stat, he ranks in the top-40 in fairways hit, greens in regulation, proximity, and the all-encompassing SG: tee-to-green. With two finishes within the top-15 in his last two starts, one of which being a fourth-place finish, there’s a lot to like about Streelman going into this tournament.

Charles Howell III – 50/1
CH3 has a win at the RSM Classic this season, with four other top-10 finishes. He is incredibly accurate in terms of hitting greens, ranking sixth in GIR and 11th in SG: around-the-green. Howell is someone who has an accurate and consistent game, and it makes him an interesting golfer to follow this week.

Other notable names in this tournament include last week’s winner Chez Reavie, along with Patrick Reed, Bubba Watson, and Brandt Snedeker. Ultimately, I’m rolling with Matsuyama as my pick to win the Rocket Mortgage Classic. The first round at DGC tees off Thursday morning at 6:45 A.M. EST.