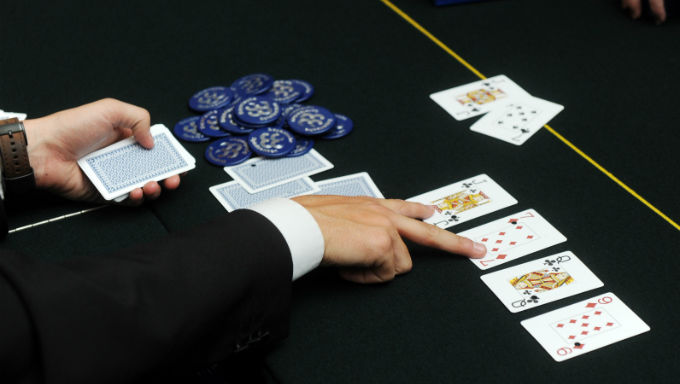 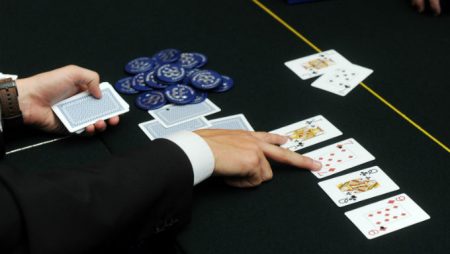 A frenetic week of action at the World Series of Poker has seen another cabinet full of gold bracelets find new homes.

The 6,035 player Monster Stack $1,500 No-Limit Hold’em (Event #50) finally concluded (after five days of play) and it made its winner, Hawaiian Kainalu McCue-Unciano an instant millionaire.

The 25-year-old does reside in Las Vegas and is an established player but this $1,008,850 winner’s prize more than doubled his lifetime tournament earnings.

The final table took 220 hands of play to reach a conclusion of which 95 were heads-up play.

Vincent Chauve was McCue-Unciano’s opponent and at one point he held the chip advantage. As disappointed as he may have been, the Frenchman collected $623,211 for his efforts.

Smells Like Team Spirit
Teams of two, three or four made up the $1,000 Tag Team No-Limit Hold’em (Event #57) and it attracted 976 teams so the purse fell just short of a $1 million.

It was three players in their twenties from Israel: Barak Wisbrod, Daniel Dayan and Ohad Geiger that took the prize, and smashed their previous poker winnings in the process, when dividing the $168,395 first prize between them.

He narrowly failed to make the final table but did show a $74,410 profit on his entry fee by finishing eighth.

Seven more Americans finished ahead of him, rising like cream to the top of a field described by organisers as “loaded with the best players on the planet” – there were 74 players in total.

The history books, and the Chip Reese Memorial Trophy, will show it was Phil Hui that took the 2019 title.

The 31-year-old from Florida was landing his second bracelet amongst 38 previous WSOP cashes in his seventh WSOP final table appearance.

Nevertheless, his $1,099,311 in winnings collected here more than doubled his previous haul from all of those events.

“This is my dream. I’d rather win this over the main [event],” said the winner in the immediate aftermath of his heads-up dismissal of Josh Arieh.

“This is incredible, you have to be well versed in every game. It’s a dream come true. Definitely this is the one tournament I want to win and play. This is only the second time I played it. Just to be lucky enough to play it, it’s incredible.”

A first for Foresman
Back on tera firmer, those with $600 still left in their pocket could play the No-Limit Hold’em Deepstack Championship (Event #59). And they did in their droves, this tournament, which permitted one re-entry, attracted 6,140 entries.

Germany, Lebanon, Ukraine and Canada were represented at the final table of this one but it was 49-year-old American Joe Foresman that took the top spot and a $397,903 prize.

Not only was this Foresman’s first ever bracelet win, or WSOP final table, remarkably this victory represented his first ever cash at a WSOP event.

A second for Zinno
Anthony Zinno now has a bracelet strapped to both wrists courtesy of his triumph in Event #60, the $1,500 Pot-Limit Omaha Hi-Lo 8 or Better.

His previous WSOP victory came in the 2015 $25,000 High Roller Pot-Limit Omaha. And, during an extremely busy/dedicated poker career, he has squeezed-in an additional 49 WSOP cashes (a total of 16 final tables).

Greece’s economy is also set to prosper as their representative, Georgios Kapalas finished second for a $278,881 haul.

Omaha is International
There have been two clear winners at this year’s WSOP: Tournaments with a three-digit buy-ins and Omaha competitions.

Here Russia (Anatolii Zyrin) beat China (Yueqi Zhu) who in turn finished ahead of an American, Frenchman and Japanese player in an international final.

The winner, who is 29, is enjoying a terrific 2019 World Series having already finished second in Event #17 ($1,500 No Limit Hold’em Shootout) and recording six cashes. $199,838 and a first bracelet was his reward on this occasion.

Another Russian, Denis Strebkov, finished fourth in this one. Going one place better was former WSOP Main Event winner Joe Hachem, who got off to a flier by eliminated two players in the opening hand of the final table.

But the bracelet and $463,670 winner’s prize came down to a battle between the established American players Brian Hastings and Nick Schulman.

Both were cashing at the 2019 WSOP for the fourth time and both were at their second 2019 final table.

Similarly both boast over 40 previous WSOP cashes and already owned more than one bracelet. Nick Schulman now has an extra one, his third, following a titanic heads-up battle which lasted over four hours.